When you visit any website, it may store or retrieve information on your browser, mostly in the form of 'cookies'. This information, which might be about you, your preferences, or your internet device (computer, tablet or mobile), is mostly used to make the site work as you expect it to. You can find out more about how we use cookies on this site, and prevent the setting of non-essential cookies, by clicking on the different category headings below. However, if you do this then it may impact your experience of the site and the services we are able to offer.

The Cookie Law is a piece of privacy legislation that requires websites to get consent from visitors to store or retrieve any information on a computer, smartphone or tablet.It was designed to protect online privacy, by making consumers aware of how information about them is collected and used online, and give them a choice to allow it or not. 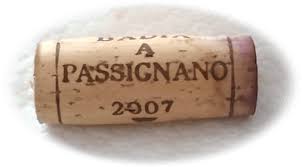 Climate
The climate of the 2015 vintage was extremely regular and fully respected during the growing season the typical weather pattern of the Chianti Classico production zone. The rather cold and relatively dry winter preceded a spring which was rainier during the months of March and April and dry during May and June. In this period as well the temperatures were regular in character, guaranteeing an excellent development of the vegetation and a highly positive flowering and bud set. The summer was a warm one with above average temperatures during the month of July; nights, however, remained cool, allowing the grape berries to grow without any particular conditions of stress. August, also a warm month, was characterized however by occasional rainfall which assisted the vines to ripen the crop well. Full ripeness was achieved in September and the first phase of the month of October, a period marked by warm, dry, and – above all – breezy days.

Vinification
After the destemming, the grape berries were carefully selected and then given a soft pressing. The fermentation lasted ten days and was followed by a further post-fermentation, ten to twelve day period of skin contact. The wine was then run off its skins and went immediately into oak, where it went through a complete and spontaneous malolactic fermentation by the end of the year. The wine, still separated into separate lots on the basis of its vineyard provenance, was aged for twelve months in Hungarian and, partially, French, oak barrels. During this period, the various lots were regularly tasted and controlled in order to fully evaluate and regulate the phase of evolution in oak and were then assembled and bottled at the Badia a Passignano estate. A final phase of bottle aging completed the production cycle.

Historical data
Badia a Passignano Gran Selezione is produced exclusively from the finest Sangiovese grapes harvested from its namesake vineyard located in the heart of the Chianti Classico region. The region has been respected and appreciated for its outstanding wine production since the year 1000. The vineyards grow at an altitude of approximately 300 meters (984 feet) above sea level on soils rich in limestone with a fair amount of clay. The wine is aged in the historic cellars under the Badia (abbey) of Passignano that dates back to the 10th century.

Tasting Notes
The 2015 Badia a Passignano shows an intense ruby red color. The nose expresses notes of ripe red fruit and intense hints of berry fruit and cherries under spirits along with the spicy and balsamic sensations. The wine is ample and enveloping on the palate with supple and velvety tannins; the freshness is excellent as well, as are the finesse and the length on the finish and aftertaste.

No customer reviews for the moment.